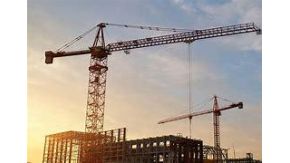 A raft of big-name contractors have been awarded places on the latest £9bn Procure23 NHS construction framework and a separate £21bn central Government major projects framework.

The fourth-generation ProCure23 element for the NHS will be split into three lots – the smallest split into seven subregions.

This sought-after major projects lot will account for the majority of the total forecast spend over the 56-month lifetime of the frameworks at £20bn.

The new £80m-plus project agreement will run alongside CCS’s existing Construction Works and Associated Services agreement and has been awarded to 20 firms.

Mace and Willmott Dixon – who announced a new alliance to target healthcare construction work in October last year – have been jointly appointed for the lot covering £70m plus hospitals and are joined by seven other contractors to deliver the Government’s hospital programme.

“‘I’m pleased that we’ve been able to collaborate successfully with our partners at the NHS, to help support Trusts in delivering their capital programmes as we build back better.”

Simon Corben, Director of Estates and Facilities and Head of Profession at NHS England and NHS Improvement, added: “ProCure23 builds on almost two decades of success of ProCure as a route to market for NHS capital projects.

“The framework has been split into 3 lots to enable greater reach into all aspects of the NHS’s capital requirements, such as increasing our estate’s capacity through new builds, addressing backlog maintenance, or reconfiguring spaces to better meet the health and care needs of our local communities.”