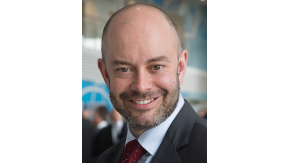 BECBC has warmly welcomed the ten-point plan to create and support thousands of jobs across the UK announced by the Prime Minister, Boris Johnson.

The Blueprint showcases the UK’s strengths in its industrial heartlands to level up and build back greener and clearly represents a major opportunity for a range of businesses in Cumbria. particularly in the supply chain. It is a potentially huge package which will see investment as part of up to £12 billion being mobilised, with potentially more than three times as much from the private sector. In total, it is projected to support up to 250,000 British jobs.

Covering clean energy, transport, nature and innovative technologies, the blueprint will allow the UK to genuinely tackle the issues of climate change in its quest to achieve Net Zero by 2050.

Featuring investment such as nuclear, offshore wind, carbon capture, hydrogen, electric vehicles, a whole range of clean green technologies will be explored and developed over the next 30 years.

£525 million has been earmarked to help develop large and smaller-scale nuclear plants and research and develop new advanced modular reactors, an important aspect of the announcement and one which BECBC has been strongly lobbying for along with partner organisations advocating nuclear as a clean energy source. The development of large-scale nuclear plants and developing the next

generation of small and advanced reactors would again create an abundance of jobs in the supply chain.

There is also the green light to the siting and generation of enough offshore wind to power every home, quadrupling how much we produce to 40GW by 2030, supporting up to 60,000 jobs.

Ivan Baldwin, Chair of BECBC gave a positive response to the announcement, today: “Cumbria, with its energy coast is a green energy destination, home to one of the world’s largest offshore wind farms and a globally renowned centre of nuclear excellence. We welcome the announcement on the Government’s Build Back Greener plan and look forward to working with partners to secure sustainable inward investments that create opportunities for all in our communities.”

Other key parts of the plan will be driven forward by significant investment set out over the last year, including the £1 billion energy innovation fund to stay ahead of the latest technologies needed to reach new energy targets. This marks the beginning of the UK’s path to net zero, with further plans to reduce emissions whilst creating jobs to follow over the next year in the run up to the international COP26 climate summit in Glasgow next year.