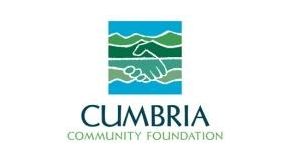 Fundraising target to help the helpers raised to £3 Million

Cumbria Community Foundation launched the Cumbria COVID-19 Response Fund four weeks ago with an initial target of £1million to support community and voluntary organisations that are helping to feed and protect elderly and vulnerable Cumbrians as part of the county’s co-ordinated response to the pandemic.

In that time, more than half a million pounds has already been given out by the Cumbria COVID-19 Response Fund and the charity is now raising the target to £3 million.

The Cumbria COVID-19 Response Fund has helped to provide much needed food and medicine to isolated old and vulnerable people sheltering in their homes. It has helped families in poverty and those in temporary accommodation, women affected by domestic violence, and supported isolated and vulnerable young people. Grants have also been given to help charities that have seen a rise in demand for their services, such as mental health provision and carers organisations.

Throughout the county, thousands of volunteers have come forward to create new self-help groups, alongside support from many of the existing 6,000 charitable groups across Cumbria that are stepping up and working to reduce pressures on the NHS. Teamwork among public, private and charitable organisations means Cumbria now has a call centre and a network of hubs coordinating volunteers and delivery of food and medicines.