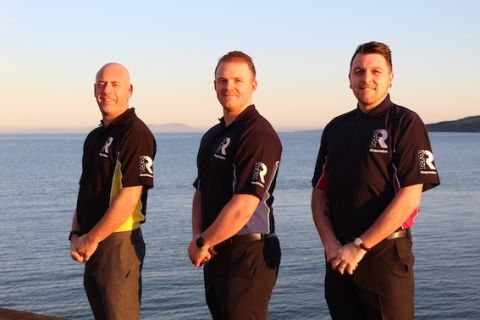 Responsive Ltd (a BECBC member) has refreshed its business structure to recognise the importance of both Non-Destructive and Mechanical Testing as well as Training. It is also investing in its new management team.

Responsive Ltd, parent company for the Workington-based non-destructive testing specialist, has created three new subsidiaries – Non-Destructive Testing, Mechanical Testing and Training Services – to reflect its growing business. Each is led by a new Director with shares in their part of the company. A similar share ownership arrangement has also been made with the appointment of Harish Patel to lead the Manchester-based arm of Responsive Non-Destructive Testing.

“We’ve grown a lot since I set up Responsive in 2015,” says Lee Grears, Managing Director of Responsive Ltd, “and we needed to change our structure to reflect our business as it is today and to ensure that we’re in good shape to continue to grow. Offering shares to the three subsidiary Directors and to Harish is a great investment as well as being recognition of their contribution so far and, I hope, an incentive for their work in the years ahead.”

Gareth McNally is the new Director of Responsive Non-Destructive Testing Ltd based at Lillyhall. He has worked in the business since 2016 and will be combining the director’s role with his specialisation in radiography and inspection. Mathew Tomkinson leads Responsive Training Services Ltd in Whitehaven. Mathew has been working in this part of the business since May 2019 and has already successfully taken the lead in gaining the required accreditations. The third new Director is Tony Lister who is leading development of Responsive’s Mechanical Testing arm, also based in Whitehaven.

“With no other commercial testing labs in Cumbria, it makes complete sense to add a destructive testing element to Responsive,” says Tony. “We’re in the process of making a significant investment in new facilities that we’ll be opening officially early in 2020 so these are exciting times for us. I’m looking forward to what’s ahead.”

As Lee Grears concludes: “With this management team involved in planning and developing every aspect of our business, I think we’re in a great position to grow. Some of that will come from Responsive’s strong reputation with customers here in Cumbria and we’re also looking forward to making new connections across the Northwest and beyond.”