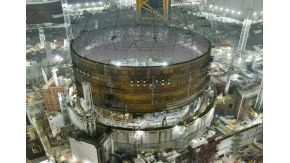 The forthcoming fit-out on the nuclear island of Unit 1 is described as a “mammoth undertaking”. It will require a workforce of up to 4,000 at peak times, including welders, pipe fitters and electricians, working as an alliance.

This phase of work in Somerset will take place over three years with NNB Genco, the subsidiary created by EDF Energy, teaming up with four suppliers – Balfour Beatty Bailey, Doosan, Cavendish and Altrad.

Following an in-depth assessment by The Office for Nuclear Regulation of the MEH proposals, the regulator has finally approved the start of this next phase of the project. It was initially hoped to get sign-off for bulk MEH works last October.

Works will involve 380km of pipework, 20,000 valves, with thousands of welds and associated radiography, and 9000 km of cabling.

Construction at Hinkley Point C began in October 2016, bringing the project just past the five-year mark with projections made last year by EDF that the site should start generating power in mid-2026.