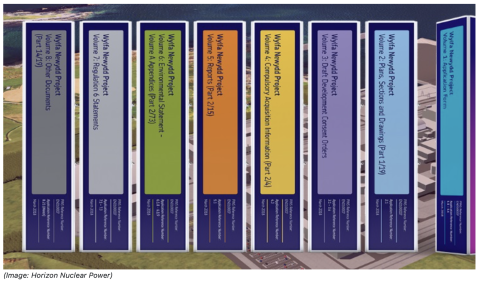 A decision on planning consent for the Wylfa Newydd nuclear power plant project on Anglesey that was due to be made yesterday has been delayed until 31 December, as requested by Horizon Nuclear Power, the UK project developer owned by Japan’s Hitachi.

Horizon was to develop two UK Advanced Boiling Water Reactor units at the site in North-West Wales, with the intention to contribute to the energy policy of the UK government, as well as maintaining the business foundation that supports the nuclear industry in Japan.

On 16 September 2020, however, Hitachi announced it will end its business operations on the Wylfa project, which it had suspended in January 2019, and Horizon said it would take steps for the "orderly closing down" of all its current development activities.