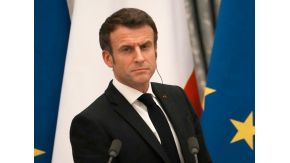 President Emmanuel Macron has announced that France will build up to 14 new reactors as part of a “renaissance” for the French nuclear industry.

The new reactors are to be built as part of the country’s strategy to reduce the greenhouse gas emissions that cause global warming.

The French leader said the new plants would be built and operated by state-controlled energy provider EDF, and that tens of billions of euros in public financing would be mobilised to pay for the projects, safeguarding EDF’s finances.

Mr Macron provided a roadmap for the building of third-generation EPR (European Pressurised water Reactor) facilities during a visit to the eastern town of Belfort today.