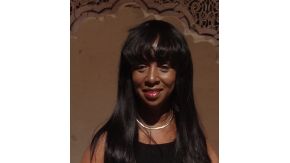 “Marcia was the standout choice for our second Patron, and we are delighted that she has graciously accepted our offer. The tenure formally begins in September following on from Professor John Fyfe who has ably served our cluster since 2018.”

BECBC is a private sector-led membership organisation that is deeply rooted in its local community. At the forefront of its ethos is a deliberate focus on collaboration of businesses for the benefit of the wider business community. As such, BECBC members are also heavily involved in social economic causes and take part in BECBC’s award-winning Business and Schools Collaboration Project.

“I am honoured to have been invited to become BECBC’s Patron. Over the last 20 years in Cumbria, and in my previous role as High Sheriff, I have seen the strength, determination and resilience of the people of Cumbria and the many organisations innovative Cumbrians are involved with. BECBC is an excellent example of this. Its members’ extraordinary focus on collaboration is inspiring. I look forward to supporting their efforts to strengthen business in this region and beyond.”

Ivan adds: “We continuously seek to evolve and better serve our 300-strong membership. To this end, I am really excited by the addition of Marcia’s insights into our region as well as her charisma and energy, which, I have no doubt, will help us in the days of COVID-19 and beyond with the healing process and our economic bounce back.

We look forward to introducing Marcia to our members over the coming weeks as we begin to set out our strategy for the next 3 years”.

Marcia was born in London and moved to New York, USA as a child; she was raised and educated there. Marcia attended Hofstra University, Long Island, NY, and graduated: BS Sociology 1976; MS Psychology 1978; and PD Family Therapy 1979.

1979 – 1997: Following university, Marcia moved to Massachusetts and worked as a psychologist and senior administrator at Emerson College, AtlantiCare Medical Center, Efficacy Research Institute and The State of Massachusetts.

1999 – 2015: Marcia (along with her husband, Jim) was the owner/Director of two dental practices managing all administrative aspects including customer services, CQC, human resources and quality management.

1999 – 2009: Marcia was a psychologist/family therapist for the NHS, Cumbria at Portland Square. She provided outpatient family therapy, within CAMHS and Psychology, working with referred children, family and adults with a variety of complex life and community issues. Marcia initially agreed to work for a year for the NHS; she retired 10 years later.

2001 to present: As a Magistrate, Marcia sits in the Adult Courts (crime) and Family Court Panels. She was an appraiser and Training & Development Committee Member. 2014 – 2017: Marcia became Carlisle Bench Deputy Chair; and, 2017 until 2019, she was Chair of North & West Cumbria Bench. Marcia became the North West Regional Representative to the National Bench Chair Forum and the National Representative to the Probation Sentencing Board. She took a year’s leave of absence while being Cumbria’s High Sheriff.

2010 – 2015: Marcia was a Board member of Safety Net (agency providing mental health services and support to complex families with a history of sexual/physical abuse).

2015 to present: Marcia and her husband maintained being owner/director of one dental practice. See above for details.

2016 to present: Became a Board member of Tullie House Museum, Carlisle.

2019-20: Marcia was the High Sheriff of Cumbria and had a most successful year promoting Cumbria and Cumbrians.

2020: Marcia joined the Cumbria Victims Charity Trust Board, the Cumbria Community Foundation Board and the Multicultural Cumbria Board. Marcia became a Deputy Lieutenant.

Throughout her employment years, Marcia received many employee awards and recognitions. In addition, through the years, she raised money for numerous charities.