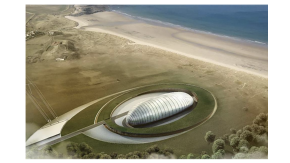 Renewed hopes of a major new nuclear project are being welcomed as a chance to put the county at the centre of the global atomic industry.

At the beginning of July, the newly formed Moorside Consortium made up of French energy firm EDF and a number of partners announced it hoped to build two EPR-type nuclear reactors in West Cumbria - the same type of reactor being constructed at Hinkley Point C, in Somerset, and proposed for Sizewell C, in Suffolk.

They would form part of the Moorside Clean Energy Hub on land adjacent to Sellafield.