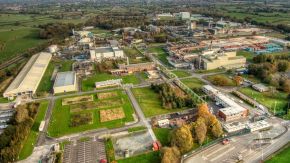 The UK Department for Business, Energy & Industrial Strategy (BEIS) has announced the opening of a GBP75 million ($90m) nuclear fund to boost production of fuel for reactors. Businesses can now register their interest in applying for funding when the scheme opens for applications later this year. BEIS said the fund will support and create high value jobs and skills in the sector and give businesses the confidence to invest in the UK.

The Nuclear Fuel Fund will seek to award grants to projects that can increase the UK’s domestic nuclear fuel sector, reducing the need for foreign imports and creating the material used in nuclear power stations to generate electricity - with funding going towards designing and developing new facilities.

The government backing will encourage private sector co-investment into the projects and ensure the UK builds on its legacy of nuclear fuel innovation and production. Business and Energy Secretary Kwasi Kwarteng said: “We’ve got big plans to boost British nuclear power, so it makes perfect sense to ensure we have a strong, resilient, domestic fuel supply chain to match. This funding will kickstart projects in the UK and generate private investment in facilities that will fuel the nuclear reactors of today and tomorrow, shoring up our energy security while creating jobs.

The government is also inviting nuclear stakeholders, who are not planning on bidding for the Fund, “to provide information from their experience that will help to mature fund design ahead of opening the bid window in Autumn 2022”.

This follows the British Energy Security Strategy announced earlier this year, where government set an ambition to approve up to 8 new reactors by 2030, including taking one project to full investment decision (FID) this Parliament and two projects to FID in the next Parliament, helping further boost energy independence and move away from costly fossil fuels.

“As the UK considers it future nuclear requirements, there may be a greater range of reactor types to draw from. This will see the nuclear fuel sector become even more important,” BEIS noted. “A secure, resilient supply of fuel for domestic reactors will build on this, ensuring they can be called upon to power the economy. Up to GBP75 million in grants will be awarded to support the development costs of investments into new nuclear fuel capabilities in the UK, supporting a range of reactor types and sizes, including small and advanced modular reactors.”

The Nuclear Fuel Fund will also support companies to access new markets both domestically and internationally, and preserve and create skills and knowhow in parts of the country – with the sector having a large presence in the Northwest.

The BEIS Request for Information asks industry to “share views on the proposed fund design and pipeline of potential projects that might bid for funding”, in order to better understand:

Currently the UK has only one nuclear fuel manufacturing facility - Springfields Fuels Limited near Preston operated by under the management of Westinghouse Electric UK Limited on 150-year lease.